I’m doing something I’ve never done before. I’m drawing “something” every day for 28 days. I have never drawn “something” every day before, and I don’t remember drawing more than one day in a row. If I did at all, it was because I was working on a particular project. Or maybe it was back when I was in college and I had a “sketchbook project” but I’m pretty sure I cheated at that one. Seriously, I don’t think I’ve ever done it.

And do you know what the best advice given with regard to improving your drawing skills is? Yep, it’s DRAW MORE! In fact, DRAW EVERY DAY. Keep a sketchbook. And I have ALWAYS sucked at that because I self-edit. I want to get it right the first time or I don’t want to waste the paper. Yes, I realize the irony in this because you can’t improve if you don’t practice. So maybe I wasted the paper afterall?

And then came the challenge that made me think about this. The Twenty-Eight Day Art Challenge.

These two bit are the most important part of this challenge to me:

The topic for the chat on January 22nd was all about finding your voice as an illustrator. Our idea is to give y’all a chance to springboard yourselves further into finding the answer to that question.

Draw something every day for the month of February. (Or really, as often as you can.) The medium is up to you: traditional, digital, combined mediums-whatever works.

Because I just have so much free time to work with, I was (am) terrified of this challenge (it’s Day 16 today so I’m writing from just past the mid-point). So I kicked myself – why am I terrified of doing the thing I tell everyone I do? Well that’s silly! I guess, as usual, I’m afraid to fail. Which is also silly. Fail at what, exactly? If I miss a day, nobody cares but me. So ok, I figured I’d better do this thing.

First of all, I had no idea how to approach it or what I wanted to do. So I was off to a shakey start and posted a coloring card that I’d finished that day. I think the original sketch for that card is actually cuter than the card. At least, it would have been more appropriate to post the sketch based on where this actually went. 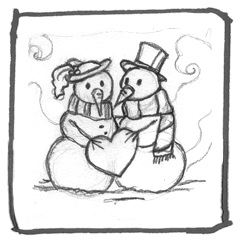 The next day, February 2nd, I sketched a tired groundhog, snapped a photo of it with my phone, and posted it. Hey, that worked pretty well. On day 3, I did an almost complete sketch for Tu B’Shvat (something like arbor day). I decided my theme was going to be holidays.

But then it went a little downhill. The week was so busy that I couldn’t find time to draw until very late at night. On day 5, it was literally 11:55. I said to my husband, “I can’t do this. Forget it, I’ll just draw two tomorrow instead.” And his response was “Be honest with yourself.” So I quickly scribbled out “something” just before midnight. A quick sketch of a boy writing a note. I figured I’d still draw something better the next day, but it turned out by the end of that night I’d only had time to complete one drawing. But it was pretty good. So I ended up retro-actively posting the scribbled boy. And I kind of feel more honest about that, just like my husband had said. Take THAT internal self-editor!

By the end of the week, I was finding a groove. There was no way in heck I’d be able to make time to finish anything or even work on the computer so my sketches would “appear” more finished like some artists are able to do. I started to content myself with beginning a sketch sometime between 9:30 and 11:00 at night and posting a smartphone snapshot to Twitter before or around midnight.

I know I shouldn’t be terribly surprised but I already see an improvement in my sketching. And I’m also working out time management. I’m starting to learn how long my sketches will take if they don’t put up a fight. And also importantly… (read the ending paragraph of the challenge:)

Our hope is that at the end of this challenge you will be able to look back at these sketches and see the stories, themes, and characters that appeal to you the most. With a bank of beloved topics, who wouldn’t be inspired to then create a new picture book, comic, or novel? Wouldn’t you want to take at least one of those illustrations further and see where they take you?

… while I’m not finding stories to write, I’m certainly coming up with work I hope to take to the next step and finish. This is more or less the same idea. So thank you Diandra Mae and Sylvia Liu for this most recent kick in the butt in the right direction. And for helping me figure out how to actually fill a sketchbook.

A gallery of my (mostly) holiday-themed submissions is posted below the social links. Posting half today and half at the end of the month. But keeping up to date with posting them on Twitter tagged #KidLitArt28 (click there if you want to see what other folks are posting). 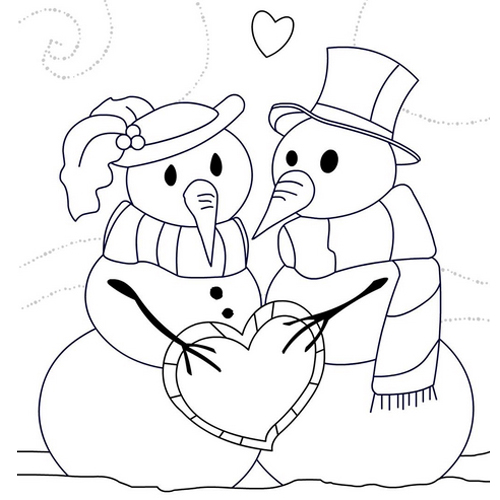 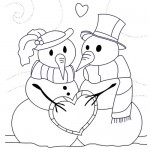 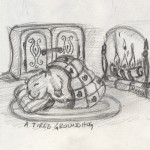 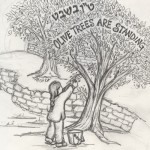 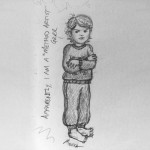 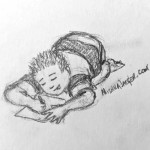 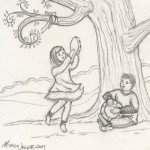 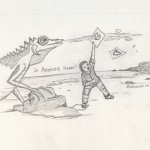 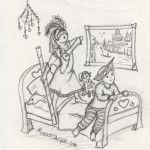 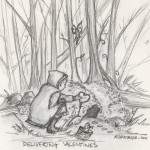 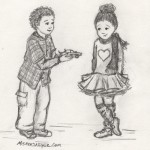 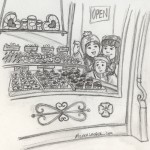 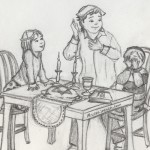 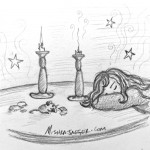 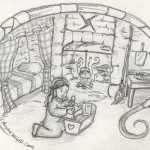 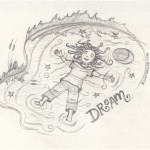