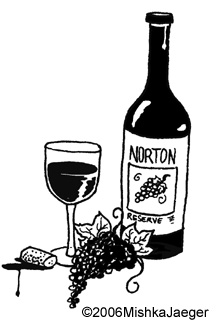 I’m switching over to black and white line art for a little while. Partially because I need the practice and partly because my dayjob schedule has officially gone insane.

At any rate, how is this image related to the topic at hand? Well I admit I was pretty stumped. Then on Saturday we took my in-laws wine tasting at Chrysalis and I commented that we’d probably better drink that 2005 Norton we got back in October as it is supposed to be drunk young and what were we saving it for anyways? To this my father-in-law replied “Well sometimes you just have to make sacrifices!”

(No we haven’t drunk it yet but soon… I promise) 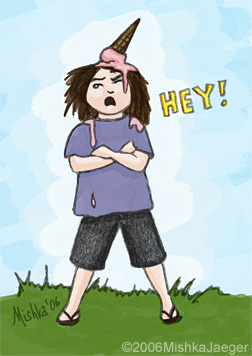 It’s one of those days.

I spent the last 5 days thinking of all the things I could draw for this topic. I made Ice cream (that’s sticky) and it’s natural by-product, meringues (VERY sticky). I did some much needed cleaning and gardening and thought about the heat and humidity and sticky sweat of outdoors, and the spider webs in the garden. And I came up with completely unrelated stickiness like Taglach, which is sort of the Jewish equivalent of a fruitcake (but yummier), traditionally served on Rosh Hashannah (Jewish New Year), which is SO sticky my grandfather traditionally cut it with an electric carving knife… but it’s been a busy week and I got stuck in meetings all day today. So I’m feeling whomped by an ice cream cone. 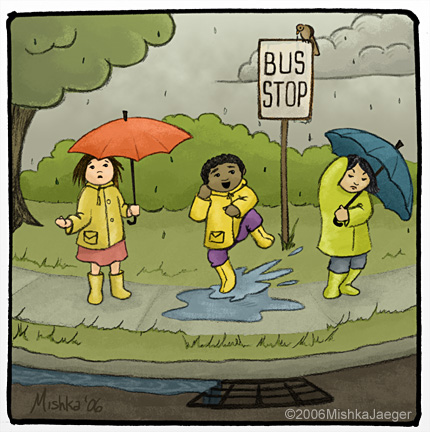 Wonderful timing on this topic. Rain is what it did last night. Quite a lot, actually. And it’s supposed to rain all weekend. Well, I actually finished a “Friday” challenge more or less on Friday for a change. I challenged myself to do this one in a different style than my usual one. I discovered that simpler doesn’t necesarilly mean less time consuming! 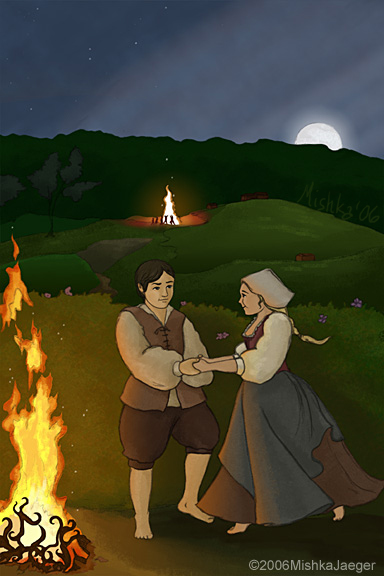 Happy Solstice! I posted just a hair too late to make it 6.21.06 but we can pretend. Thanks to Stefan for the lovely photo of the African village which inspred me to draw this instead of some stuffy Victorian ballroom scene. This piece is pretty big. I’m always torn about posting it closer to the actual size because I want to show more of the detail I worked on. Instead, I’m going to post a detail below.

addendum: Summer Solstice – The Longest Day
Also known as Midsummer (as in Shakespeare’s Midsummer Night’s Dream), this is a time when it is said that elves and fairies come out in great numbers and bestow good luck on humans (if treated with respect, of course).

June is also the time when, traditionally, couples who pledged themselves at Beltane would make their wedding vows and, even today, June continues to be the most popular month for weddings.

It was believed that, as the God and Goddess made their sacred union at Beltane in May, it was unlucky for mortals to rival them by wedding at the same time so would wait to make their vows in June. 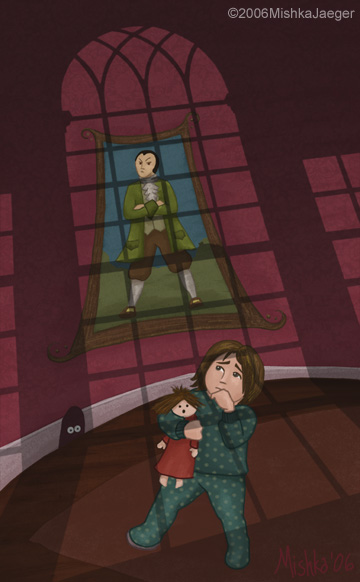 Edit: I posted this last night knowing full well that the window shadow looked wonky. I just went in and adjusted its perspective so if you’re seeing this after 8:30 est on 6.6.2006 you are seeing the newer version. 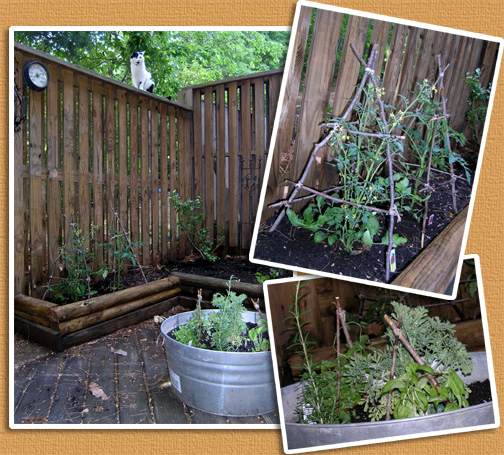 I’m not sure this counts for Inspire-Me-Thursday because I was going to do it anyway. I’ve been gardening.

Basically I collected some twigs and branches and tied them together to make little pyramids to stake the tomatos and little ladder-triangles for the herbs in the bucket. I bound the sticks together with a hemp-twine. I’m going to have to redo my tomato stakes when the tomatos get get taller. I’m HOPING they’ll get taller. We don’t get a lot of direct sunlight.  Oh yes, the cat’s name is Charlemagne.

On another note, pardon my web-dust. I’m redesigning blog and website currently.