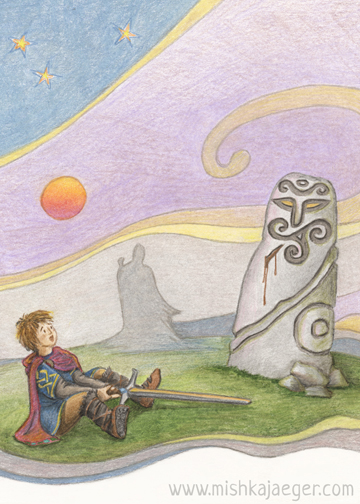 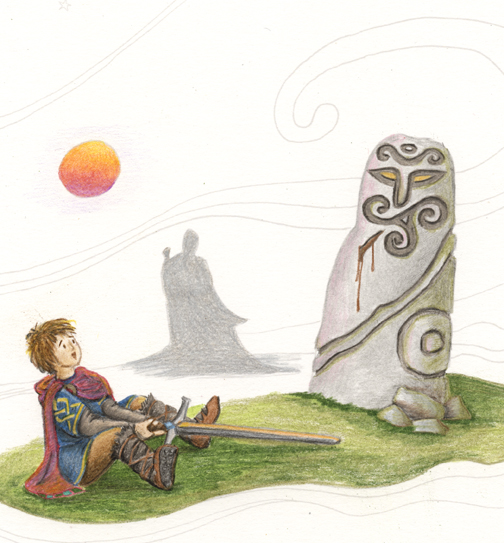 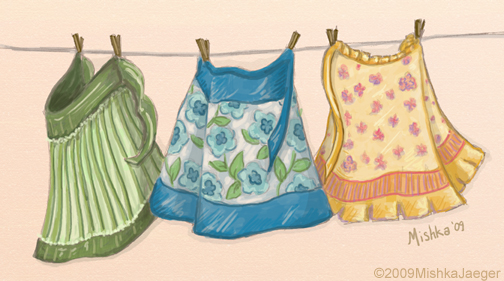 The latest experiment in my continuing quest to make digipainting look more organic. Done in pencil, Photoshop, and ArtRage. Inspired by a photo taken by Judy Thomas of some aprons hanging in a shop window in Ellicott City, MD. 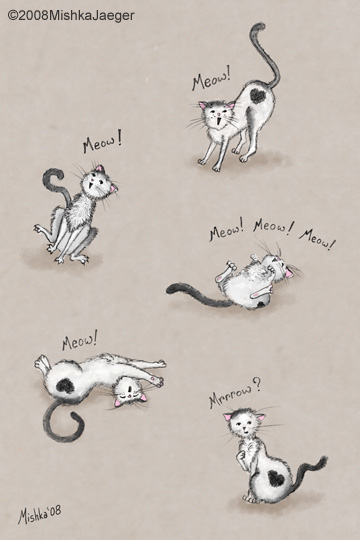 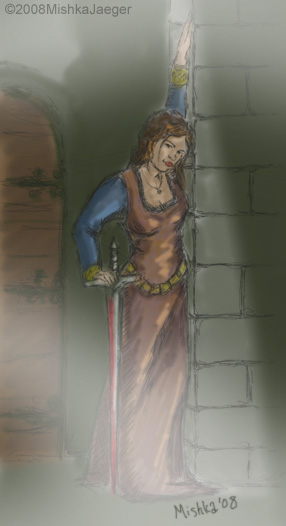 This past weekend we saw the show currently known as “Teller’s Macbeth” (though it’s actually co-directed by Aaron Posner). It was the best staging of Macbeth I’ve seen to date and it’s currently sold out through the end of the run. I was inspired by the production to draw this heavy – Lady Macbeth. To be clear, she was NOT portrayed in the play the way I have sketched her here. I decided I wanted her to be very young (too young to gague the consequences of her action appropriately), ambitious, and super sexy (so that an older Macbeth would be captivated into pleasing her). So yeah I think my lady M is a bit of a rock star.

I did this sketch all digitally and very quickly (so it’s still very unfinished and still just a sketch). I tried another loose technique which started with my tracing a photograph of myself. 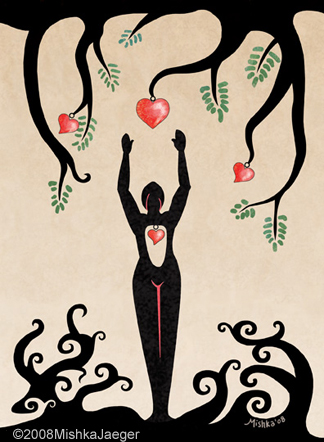 I painted this image about 14 years ago in my purple & silhouetted people phase. The original was done in watercolor and acrylic on a brown paper shopping bag. Two years ago, I recreated it digitally in order to make a template so I could build a three-dimensional Valentine’s card from it for a small competition (it won). This time, I decided to go back to the rough digital and clean it up to make it available for sale on Greeting Card Universe. Conveniently, it also happens to fit this week’s Illustration Friday theme.