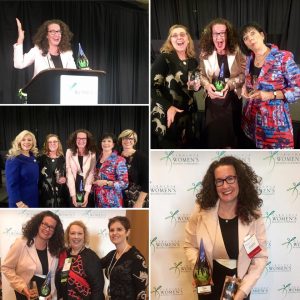 This isn’t the sort of post I’m used to writing on this website. Things have been mostly quiet here since I returned from SCBWI-NE last spring which is usually a pretty big no-no in the social media world. Obviously I’ve been busy working on various projects but nothing really post-able. Mostly, I’ve been working on another contract building digital high school math course curriculum for k12.com and I’ve started picking up smaller info-graphics and corporate graphic jobs again as well. My k12 contract ended this week and this is the first weekend I haven’t had to work in months!

My husband, Bill’s, job also ended in October. After 14 years in federal business development, prop and grant managing/writing and tech writing/editing on staff for various companies, he decided he wanted to stay freelance and support smaller businesses. Because we both are now freelance, we decided to file for an LLC the day before Thanksgiving. We’re still waiting on the name and number before I make us some cards and an online presence for the new biz which, if all goes well, will be called Illumination Services, LLC (as in – illuminated manuscript – the combination of words and images). So today, at the Virginia Women’s Business Conference, I found myself handing out my illustration business cards with this website URL because that’s what I had on hand.

I didn’t actually plan to attend this conference. Actually, I didn’t know about it. Despite 20+ years alternating between employee and contractor status, I am still just starting to wrap my head around the idea that I’m a businesswoman.  Today happened… by a confluence of events.

Last year, my friend, Dana asked her friends to start collecting bras for a project that helped homeless women. We were (really she was) so successful that she started a non-profit company called Support the Girls (which has been getting a lot of press – here’s one from the Washington Post). At the end of this summer, she asked me if I wouldn’t mind doing another collection. I can’t say no because this isn’t hard. So I asked my friends in the MOMs Club, the Preschool, on-line, and a Facebook group called Buy Nothing Reston for donations (the final count this year was 102 bras and a kitchen garbage bag full of feminine hygiene products!).

On the Buy nothing group, Kim Lysik Di Santi noticed my post requesting donations. She and I were still strangers but she had met Dana a few years back and was very impressed with Dana’s work both at her primary company, Accessibility Partners, as well as Support the Girls. Kim has attended and volunteered for the Virginia Women’s Business Conference since its inception. She asked me if I would like to nominate my friend for their annual Stellar Woman Award. I said sure! and she emailed me the forms. My eyes crossed a little. This was more Bill’s bailiwick than mine. I asked him and he very kindly helped me put together the nomination with additional help from Dana’s colleague, Sharon.

Surprise! I was informed two weeks ago that Dana was a finalist for the award! Wooooo Hooooo! So, slightly unprepared and glassy-eyed, I attended the conference today as Dana’s guest. I participated in some informative business 101 sessions and a fascinating legal presentation by Nancy Greene. I met a bunch of truly fabulous women in all stages of the business world, and ultimately felt a lot less like a fish out of water than I’d expected to.

And the icing on my cake – DANA WON THE AWARD!!!

And now… back to work. 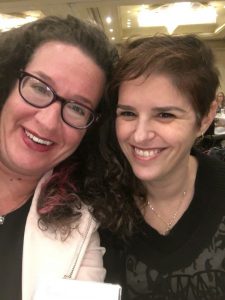