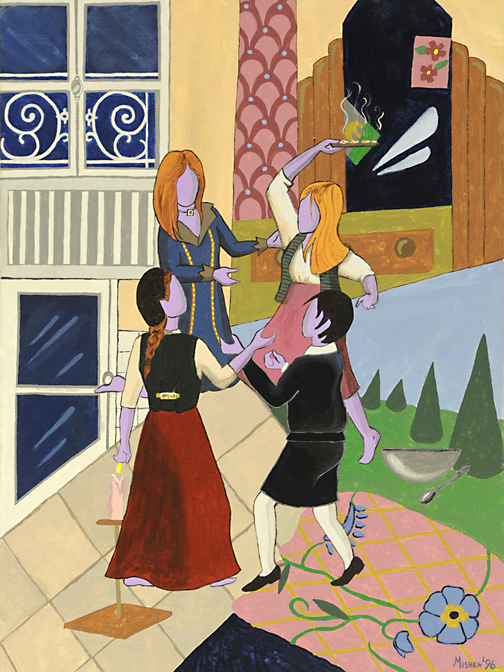 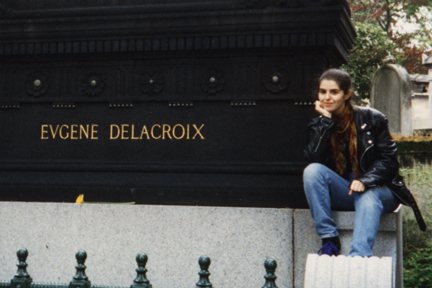 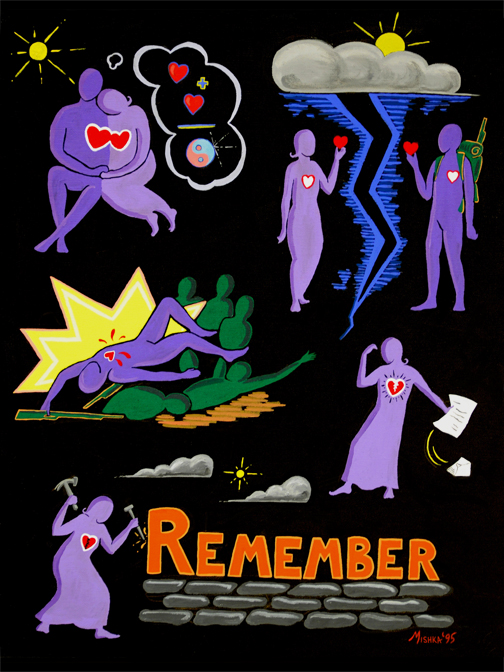 I did the original sketch for this piece on a trip to Israel in 1993. I was actually recovering from mononucleosis at the time so I wasn’t 100% in my focus but it seemed to me there were way too many memorials all over the place and that we were visiting pretty much all of them. This piece is pretty simplistic so I’ll let it speak for itself. And unfortunately, it’s theme is always current. 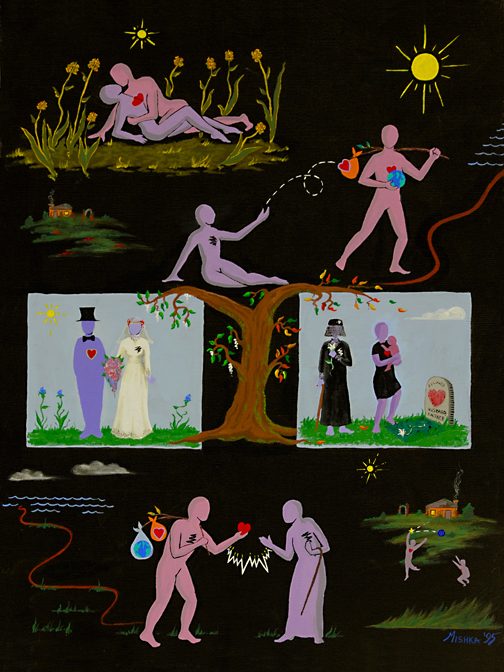 This painting is completely and unapologetically my rendition of the Sting song, Fields of Gold. I honestly don’t know the story behind the song, so this is the story I told. A young couple meet and fall in love. But they’re not in the same time and place for happily ever after. The man wishes to go off and see the world and the woman gives her heart to go along with him. But he doesn’t come back in a timely fashion. The woman does not want to be alone. She marries a man who loves her even though her heart is still absent. They do have a happy life together with children and grandchildren. He dies with a life complete. The woman, now old, takes satisfaction in watching her grandchildren grow and play and in the last years of her life, her heart returns. The man has returned from seeing the world with it’s weightiness behind him on his back and finally gives the woman his heart for good. 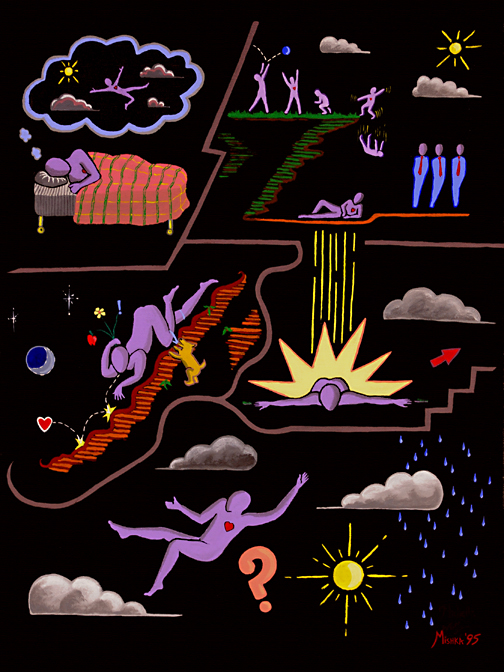 This was the first of a series of acrylics I did back in 1995 that I called, “The Purple People.” The purple people are meant to be every-people. They were inspired by a fellow from this art class I took in college. We had the usual sketchbook assignments and every one of his pages had these little faceless people on them. On one page, he drew fencers with hearts. I liked the way they looked and borrow his idea a few years later. I wish I remembered his name. He was an engineering student I think.

Anyway, I wish I’d written down what exactly I’d been thinking when I painted this, but I’m pretty sure it’s about growing up and also about falling and being out of control. I was 23 when I did this and a recent transplant to Los Angeles. Let me see what I can remember…

Looking Back In Order to Move forward 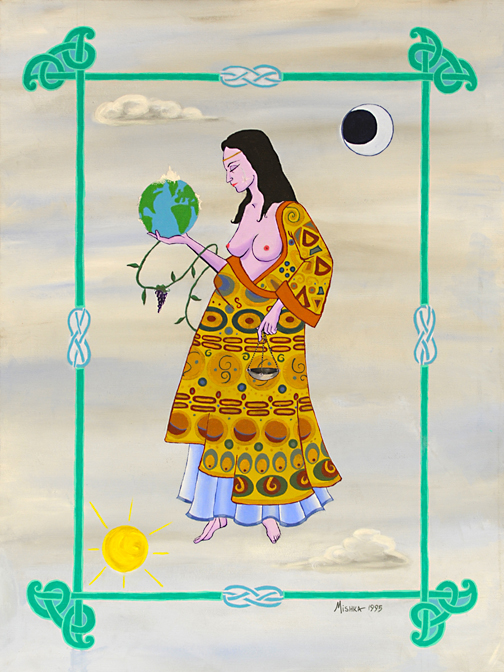 Sometimes, in order to move forward, one has to have a look at one’s past. So I have started going back through some of my old works and bringing them up to date. It seems I’ve had an interest in goddess images for quite a while.

Her dress was highlighted in a gold opaque watercolor that doesn’t translate very well in this photograph because “shiny” doesn’t translate well in reproduction. The dress pattern is based somewhat obviously on Klimt’s designs. I didn’t do anything more than brighten up the photograph a little but except that I did digitally update my signature. My name wasn’t Mishka back then. Wow. 18 years ago. Yikes.

I’m going to be putting a bunch of my older works up on deviantArt for sale as prints, cards, and postcards. Some of these haven’t seen the light of day in… um… 18 years?

This is an interesting way to go forward, isn’t it? By first looking back? Happy 2014!